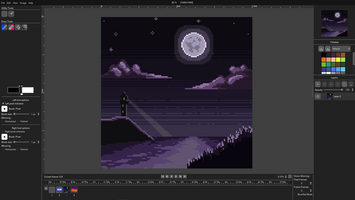 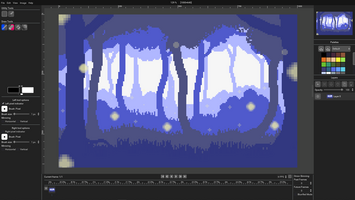 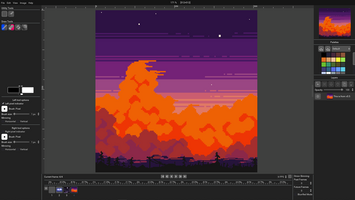 I have no words. The support we received for Pixelorama v0.5 was too much to handle! We were definitely not expecting so much people showing their genuine interest in our little software, and spreading the word! A lot of people joined our new Discord server, left their comments on Pixelorama's itch.io page and opened issues on our GitHub repository. Gamefromscratch even made a video on Pixelorama!!! This was a massive boost to its popularity, and we'd like to thank them a lot for their awesome video! We'd also like to thank all those who donated through itch.io! Since so many people showed their interest in donating, we launched a Patreon, which can grant people some amazing rewards! You can see our quick announcement video here:

We worked really hard to make sure our new community is pleased, and we are very happy with how v0.6 turned out! What's that? You want to see a changelog? Well, here you go!

We already started planning for v0.7's new features, so the future of Pixelorama looks bright!

We'd like to help all of you who have supported Pixelorama, either by donating, by contributing to its source code, or simply by downloading it! We'll keep working hard for you!

Besides Patreon, you can donate on PayPal, Ko-Fi or at Pixelorama's itch.io page! Thanks for your time, and happy painting!