Pixelorama is coming to the Web!

Your dearly beloved piece of software, Pixelorama, is coming to the Web! 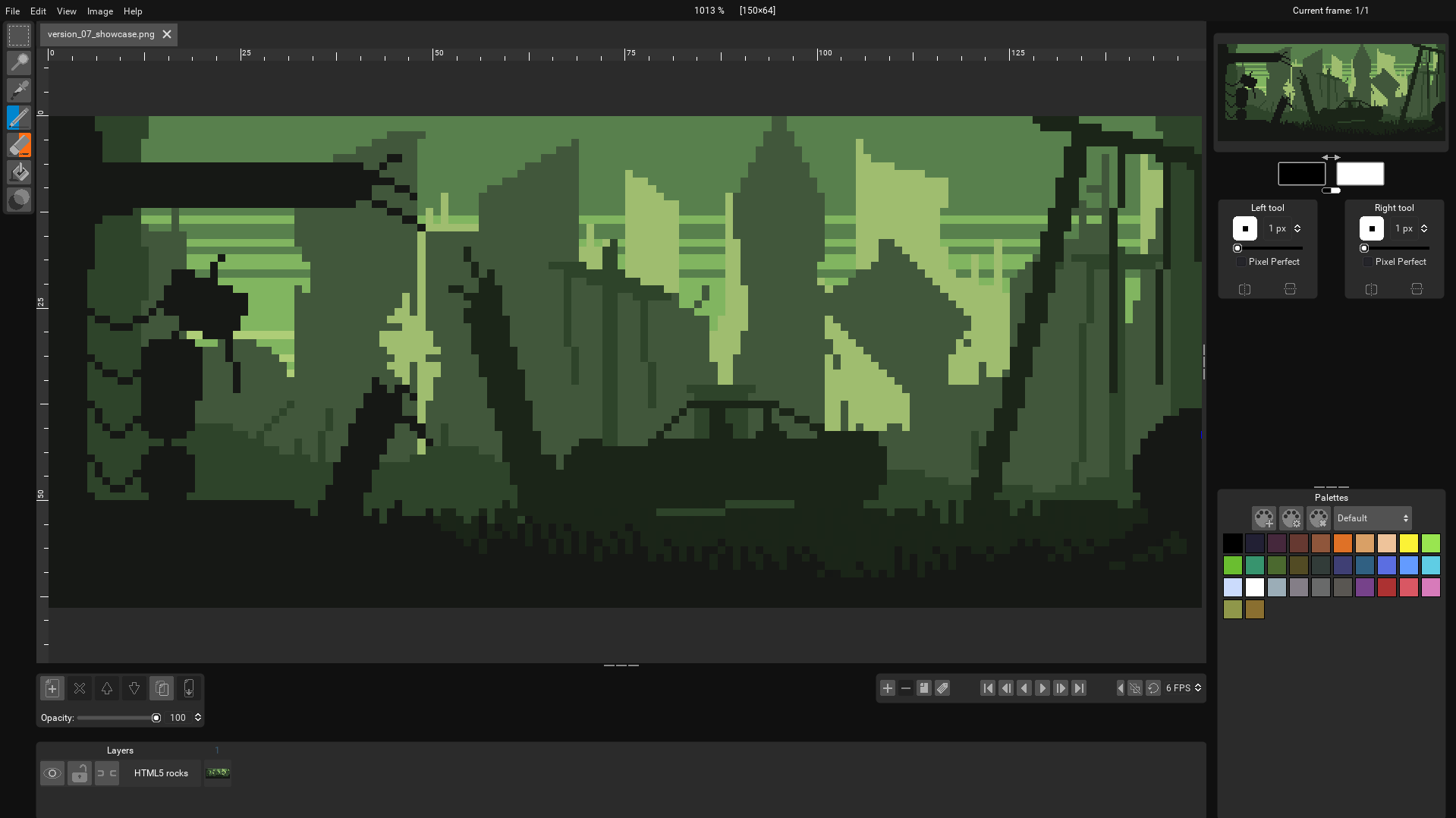 Pixelorama running on a browser! You can also see project tabs, a new feature coming in v0.8!

Well, it means that there will be a browser version of Pixelorama that runs without needing to be downloaded! You will be able to unleash your creative spirit directly through your browser, and- Okay okay calm down, drop your pitchforks and listen up. The downloadable versions of Pixelorama (Windows, Linux, macOS) aren't going anywhere! Pixelorama will NOT be a browser exclusive application, it will just also run in the browser. Good? You happy? Awesome, us too!

So, when will this happen? Well, it kind of has already happened. Have you ever felt tired of waiting for new versions of your favorite software to come out? I know I have. This is why I'm happy to announce that, you are now able to use the latest version of Pixelorama without having to clone and compile anything, directly through your browser! From now on, every change made to Pixelorama will be deployed continuously to Pixelorama's Early Access Webpage! This means that you can test Pixelorama's new features the moment they're being implemented, with little to no effort.

So, does that mean that Pixelorama won't have any new releases? Of course not! While the Early Access system is a great way to test and use new features, it's NOT recommended to use it for production, as it will be very unstable. This translates to bugs and crashes.

When Pixelorama v0.8 comes (I don't have a release date yet, sorry), its itch.io page will be updated to include an HTML5 (Web) version there too. If you're not interested in testing the new features and just want a stable version, it's recommended to wait until v0.8 is released.

So basically, there are two versions. The Early Access version, which contains all changes the moment they're being added and is unstable, and the Stable versions, which will be updated with every new release, starting with v0.8.

Before signing off, I also have to mention the limitations. The main limitations you will encounter are that you are not able to export .gifs (this is only available in the Windows and Linux versions) and you will also not be able to load .pxo files. You can save and download your projects as .pxo files, although uncompressed, but you won't be able to load them. I'll do my best to resolve this issue in the future. Everything else, like saving .pngs and loading image files and palettes should work fine. Also, while loading brushes, palettes and patterns is possible, they will most likely get lost the next time you run Pixelorama.

It's also possible that you may encounter issues with your preferences not being saved. I think that has to do with cookies, which you need to have enabled in order for the browser to remember your preferences. Currently I don't know many details about this, but I will do some more research in the future.

Oh, and it may not work with mobile browsers.

Thank you very much for reading, and for the love you have shown us. If you wish to support us, you can become a Patron and receive exclusive awards, or buy Pixelorama from itch.io! Until the next time, happy painting!

Pixelorama is available on GitHub and Itch.io, and now also on the Web!