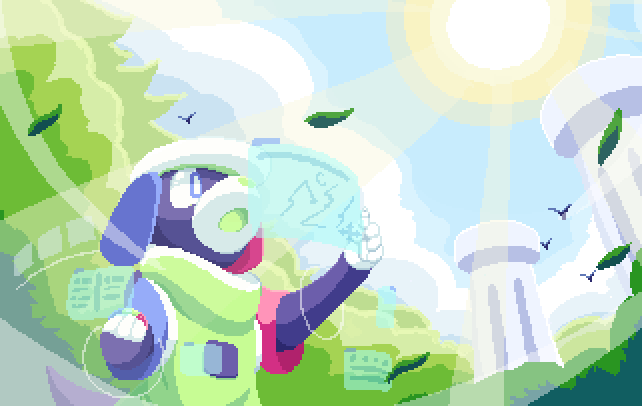 Artwork by Wishdream, one of the artists for v0.10’s splash screen artworks.

We have amazing news for you! A new version of Pixelorama is releasing today, version 0.10.1, with some awesome new features and various changes. Along with that, we are also announcing Voxelorama, an extension for Pixelorama that converts your pixel art into voxel art. For more information on that, you can read this blog post.

If you wish to support us, you can become a Patron and receive exclusive awards, or buy Pixelorama from itch.io!

The changes that have arrived in v0.10.1 include: 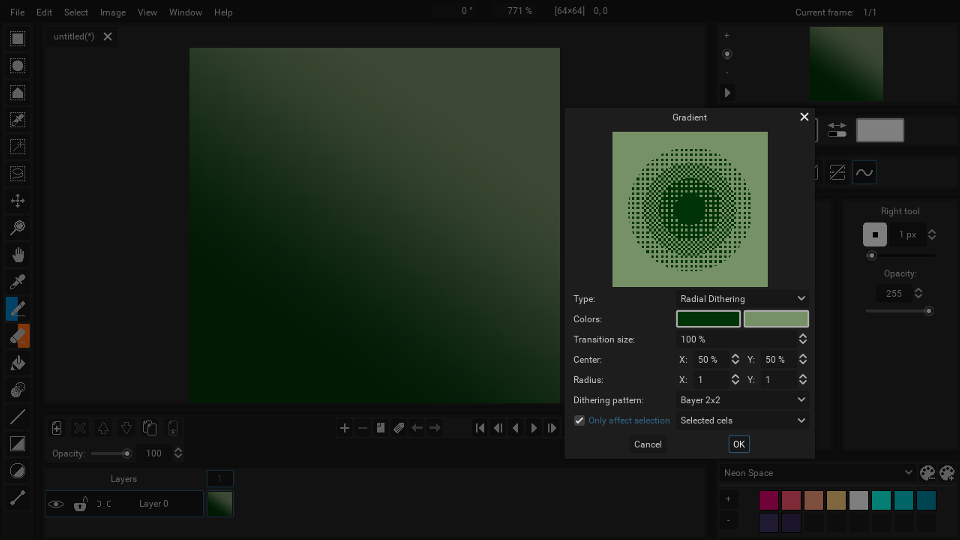 Thank you all for taking the time to read this blog post and for supporting us. We appreciate every and each one of you, with special thanks to our contributors, our translators and our patrons! Happy painting, and keep pixelating your dreams.

Thank you so much for your kind words!

Thank you for the shortcuts. They're working great.

Thank you for your generosity.

You are very welcome! We are glad that they're working great! :)